I seem to be a sucker and make the kids costumes.

Anna wanted to be a life sized squirrel.  My friend Leslie gave me some nylons and I filled a leg with Styrofoam peanuts.  Sew some ears and a tail with fake fur and viola, a squirrel. 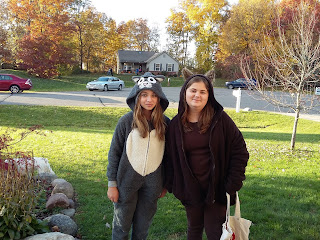 Anna said it looked like a wolf so I went thru my stash of fabric and made a little red ridding hood cape for Maple the dog, me and Kelsey the 18 inch doll. 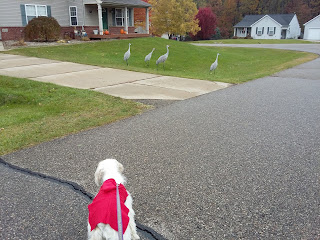 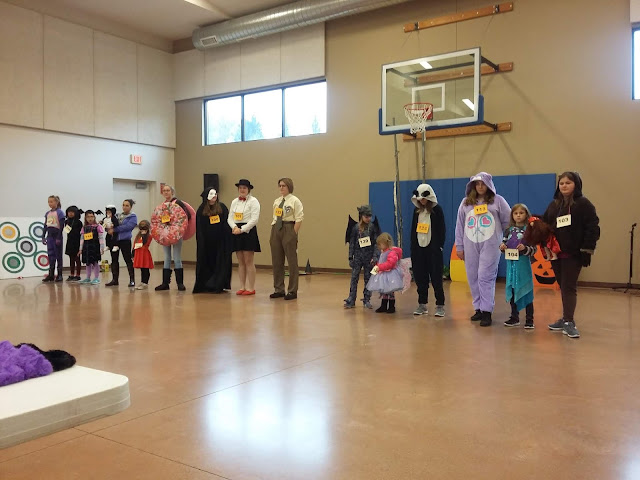 Lillian wanted to be a mermaid.  She had a tail but it was too big.  I made her a skirt out of left over fabrics I got when Hancock Fabrics in Waterloo Iowa went out of business.  I made a tube top and skirt. 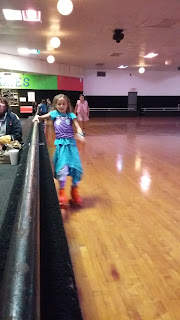 Jon was a Tootsie Roll.  We chose some fleece and I was done sewing anything so these letters we put on with contact cement.

So I had a lovely cape which Anna borrowed after went around the neighborhood as a squirrel she went around as Little Red Ridding Hood.  How much candy does a kid really need?