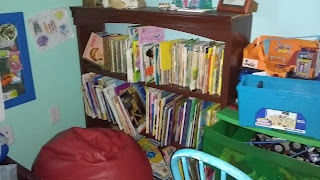 I love books. I got extra credit in high school for reading books. I'm glad that my kids have their own bookshelves in their rooms but I know they have different tastes so there are books that will not be read again here. 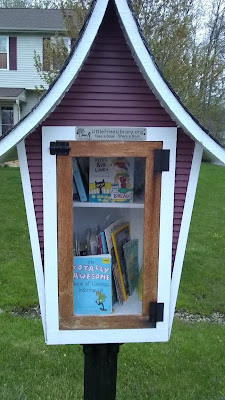 We like sharing books and having Little Free Library out front really helps us to do that. We have been planning to have one for a very long time and brought a box of books with us from Iowa to Michigan.

You can find one near you with this link Little Free Library.  Our Charter is 77029. 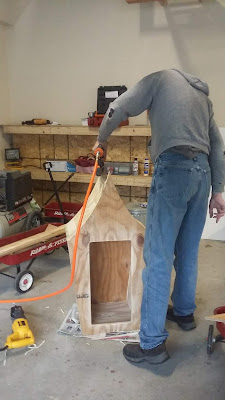 The frame is from scrap wood.  Ryan cut every side trim piece, like 400 of them.  We roofed with with extra shingles from our roof and topped with with some copper.  The door is made from 1960's teak Ryan's dad gave him.  I painted it in the house trim colors.  It has a little window in the back to see if the light is on (we are still working on the light part.) 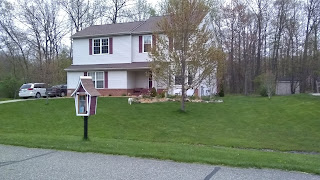 We try and keep everything from kids to adult books in there.

What books would you want to read?

Someone on Freecycle posted that they had grape vines that needed to be picked. 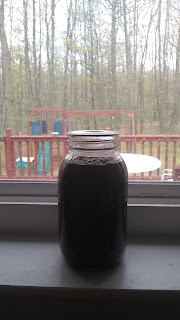 The kids came along and Lillian helped me pick some.  I did not want to take them all.

Seal jars at once with 2 piece lids. Process in water-bath canner for 10 minutes. Remove from canner and keep out of drafts(cover with a towel). Next day remove metal lid-bands, and label with date and contents.

Strain juice from grapes and use juice.

The title We are Home came up from when we landed back in the United States after living in India a year.

Since there we have called home to my parents house, a house in Erie Pennsylvania, a house in Waterloo Iowa where I've had two more children and now we are in linden Michigan. We're home. What does that mean?

I'm grateful to God that I can keep making new homes, new friends, and continue to raise the family He's giving me. It's not always been easy.

Between moving here from Waterloo IA end up having to have a root canal because I grind my teeth so hard.  Part of my family was missing, Ryan had to be up here in Michigan and work for a month before we would be allowed to get a mortgage.

I'm glad my family is back together now.

Family is important, it makes you feel safe, could you stability, and a purpose at times.

I don't know how.

Jon has been saving for a Gator (Power Wheel).   He wanted one really BAD!  This Christmas I found one of my neighbors had two extra power wheels that they never tried to make work.

I'm grateful for having a handy husband because he found that the Hummer had a bad acceleration switch which I bought a replacement off eBay for ten bucks and the Jeep still had the proprietary battery connection which I just put spade bits on the end of the wires.

The one drawback with power wheels is they have a proprietary connector and a fuse in the battery. That's it cost sixty bucks versus $20 for the battery and another $3 for the fuse including a connector which my husband has a stash of in the basement.  That is why people get rid of them, the battery cost.

Things we have learned: 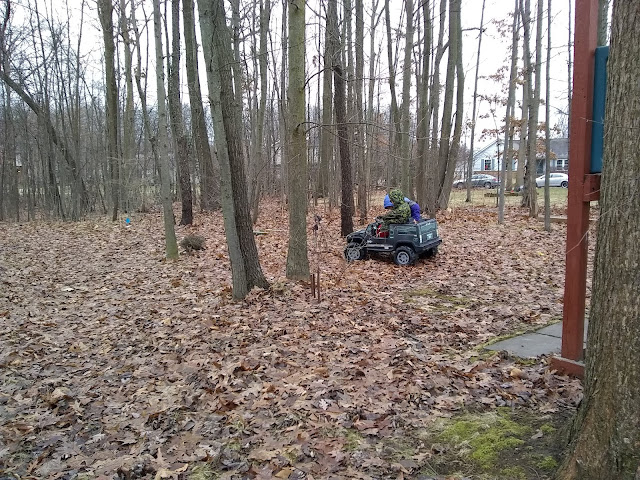 The blue Jeep was the first one that we got running and has just 7.5 amp hour batteries. Those we take out and charge with a car battery charger, we the leave the battery in the 35 amp hr hummer.  I don't know if the 35 amp hour gives more power to the black Hummer. It sure seems to go fast and scare the 14 year old who's driving on it. 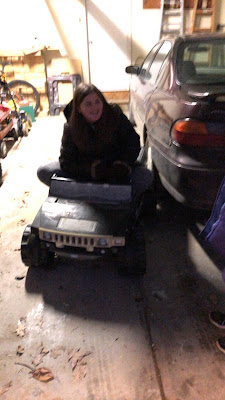